If a homeowner wants their roof to last for many years, then the most important step they can take is to invest in a high-quality roof coating. Roof coatings play an important role in guarding roofs from exterior damage. However, they can also play an aesthetic role by protecting the appearance of the roof. As a result, modern roof coatings need to be effective at keeping dirt from collecting on the roof’s surface. Thus, most roof coating manufacturers now take this factor into account.

As a roofing contractor, you are understandably concerned with keeping your customers happy. That means considering all of the different functions of a roof coating. These range from improving a building’s energy efficiency to preserving the roof’s materials. Dirt pickup resistance should be an important factor when you’re picking out any roof coating for a client. Here’s what you need to know about roof coatings and dirt pickup resistance. 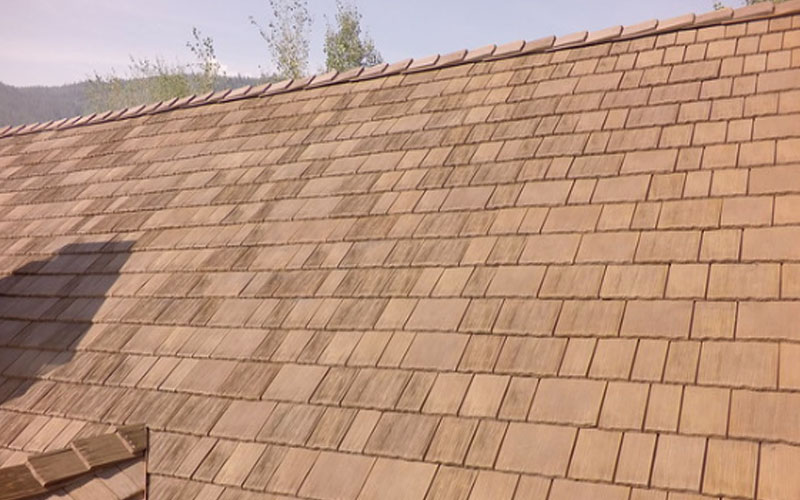 How dirt can damage your roof.

Dirt can affect your roof in any number of ways. Obviously, dirt that accumulates on your roof as a result of high winds can detract from its appearance. In many cases, though, dirt is harder to detect. For example, if your roof becomes brittle and cracks as a result of long-term sun exposure, the cracks can trap dirt. Over time, the dirt can cause the cracks to widen. An issue that began as minor may eventually become a major problem.

Dirt can also promote the growth of mold and mildew. The dirt on your roof can also absorb moisture, which will further undermine your roof. Unfortunately, dirt can be hard for a homeowner to spot—especially if you have a dark-colored roof. If the problem isn’t resolved, a homeowner may have to repair or even replace their roof. Fortunately, a state-of-the-art roof coating will be specially engineered to be highly resistant to dirt as well as mold, mildew, moisture, and other things that can damage a roof.

How a dirt-resistant roof coating can protect your roof.

Dirt often sticks to the surface of a roof. Thus, roof coatings should be as resistant to dirt as possible. Liquid-based coatings can absorb dirt before they cure, so it’s important to thoroughly remove all dirt from the roof surface before applying them. For roofs that are difficult to completely remove dirt from, an elastomeric roof coating may be the best fit. An elastomeric roof coating will stretch to cover the entire surface of the roof. Thus, dirt won’t be able to collect anywhere on the roof, and the surface will stay pristine.

If you want the roof coating to adhere firmly to the surface of the roof, the surface must be properly prepared and the coating correctly applied. Therefore, it’s important that any roof coating work always be handled by a skilled, trained roofer. If a homeowner attempts to apply the coating on their own, they are liable to apply it incorrectly, and they may need to have the job redone by a professional.